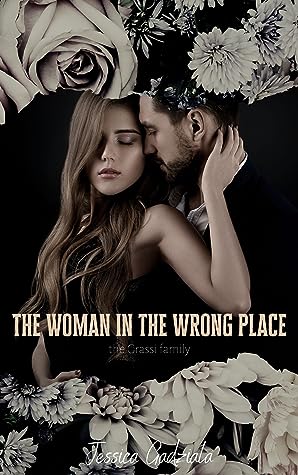 The Woman in the Wrong Place

I didn’t believe Matteo Grassi was in the mafia.
He was just my boss.
My super hot, very nice boss.
Definitely not a member of the mob.
And I went ahead and believed that until the night I was caught him doing something I was never supposed to see.
And in doing so, I not only knew without a doubt that Matteo was in the mafia, but also found myself dragged into it as well.
As the time went on, my feelings for Matteo became more and more confusing even as it seemed less and less likely that I was going to make it out of this whole situation alive…

The Woman in the Wrong Place is the third book in the Grassi Family series by Jessica Gadziala. Josie is at the wrong place at the wrong time and sees something she never should have seen. As someone who has not had the best of luck through her life, she’s just starting to feel at home in Navesbank but this is about to rock her life and she may not have a home here anymore.

Matteo Grassi tries his best to stay out of the family business but unfortunately something happens to drag him back into the life and now he must try cover his actions from his family. But this doesn’t go to plan and suddenly his quiet life is not quiet anymore!

It has some suspense, humour, a lot of sass and I dove through this book in one sitting, I just couldn’t put it down. I loved these two together and the secondary characters where so good. I really want Brio’s story like now!!

This series has fast become my favourite of Jessica’s books and I can’t wait for more!