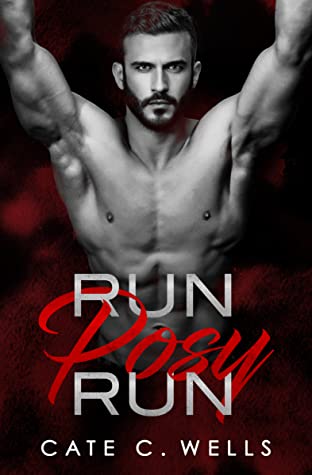 Posy
When I fell for Dario Volpe, I thought he was Prince Charming, and I was the luckiest girl alive. He didn’t care about my past. The talk. The stain on my family’s reputation.

Then he saw something I never wanted anyone to see.

This isn’t a breakup, it’s a warning shot, and if I want to get out of this bad romance alive, I have to run and never look back.
Dario Volpe is no storybook hero. He’s a psychopath, and he can’t decide–kiss me? Or kill me?

Dario
I’m the man behind the curtain, the power behind the throne. I could have killed her, and no one would have blinked an eye. Posy Santoro isn’t exactly a mafia princess.

No one sees her as clearly as I can–the perfect mind hidden by that knockout body in the tight dress.

I made a mistake, running her off, but now I get to play one of my favorite games.

Posy can run, but she isn’t made to be free. She’s made for me. And when I catch her? Game over.

Run Posy Run by Cate C. Wells has been on my Kindle for so long and for some reason I was always putting it off. I really don’t know why because as soon as I opened it, I was hooked!

Dario accuses Posy of betraying him and kicks her out. Sends her away before he realises he was wrong and she didn’t do the things he accuses her of. So now he needs to find her and get her back, along with protect her against his so called family.

I’d undo the damage if I knew how. I don’t need her to pretend. I like her raw feelings—all of them. They turn me on. That’s what makes her different from every other person in the world.

Throughout this book we learn about Dario and his Sociopath ways, he feels very little except anger and so it was great to see him struggling with his feelings and wondering why Posy means so much to him.

He belongs to me. His ugliness. His twisted brain. His heartlessness, and his savagery. It’s all mine. It’s not love, either, but it’s what I feel.

I absolutely loved this book, the secondary characters where great, the story was gripping and I didn’t want to put it down. I highly recommend.