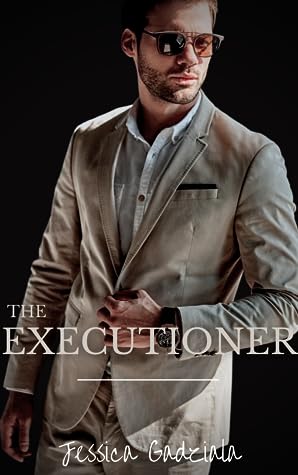 It was supposed to be an easy job.
Get another scumbag off the streets.
I never could have foreseen her ruining the plan.
Or having to whisk her away on my jet for both our safety.
And I certainly couldn’t have anticipated finding myself starting to fall for the blunt, sarcastic, kick-a$$ woman I found myself trapped in a safe house with.

I never saw myself getting kidnapped by a billionaire and dragged around the world with him.
I definitely couldn’t have seen myself starting to have feelings for the walking red flag of a man.
What can I say? When it came to men, I’d never had the healthiest of taste.
But this Bellamy guy, he was the craziest of the bunch.
And despite the warning alarms ringing in my ears—and, you know, the bullets aimed at our heads—there was no denying that I was starting to fall for him.

The Executioner is the tenth book in the Professionals series by Jessica Gadziala. I think we’ve all been waiting for Bellamy’s story since his first introduction in this series.

Bellamy is the epitome of sin, not only is he extremely rich he also tends to do what he wants when he wants. So when he stumbles upon Shawn on a job he knows exactly what he wants to do. Drug her and fly her to a tropical island, to get information from her, nothing else… Well that’s what he tells himself.

“I like you, Shawn.”“The feeling isn’t mutual, Bellamy.”“That’s okay. I tend to grow on people.”“Like a fungus?”“That’s a lot of sass so soon after waking up.”

Shawn is having none of Bellamy’s games and gives as good as she gets. She is definitely a match for his mischievous ways! This was one hell of a roller-coaster ride with these two and I loved every minute of it. Finally The Executioner is here and it didn’t disappoint one bit. As always the secondary characters where amazing and I can’t wait for more in the series.