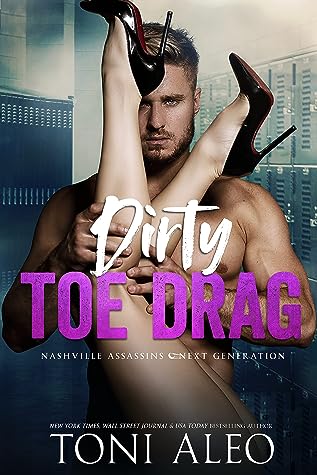 Stella Brooks is a woman who knows what she wants. From her first glimpse of Paris Fashion Week at the tender age of eleven, she has only ever wanted to be a designer. Hardworking and dedicated, she knows she can make a success of it. Until…she is driven to trade fashion for frosting, a move that makes her soul sing but shakes her confidence in her decision-making to her core.

And when you add in that her sexy hookup from her older brother’s wedding is sniffing around again, things are about to get out of hand. Wesley McMillan seems different, no longer putting off love-’em-and-leave-’em vibes, which only adds to Stella’s emotional chaos.

Wesley McMillan has had a thing for Stella since she first served him a fried pickle platter at her mom’s restaurant. He may have only ordered a snack, but he found he wanted a whole meal—in the form of Stella Brooks. How could he not? She’s stunning, smart, and confident. She knows her worth and what she wants, and she owns whatever room she’s in, the ultimate turn-on for him.

He just has two problems: Stella is his best friend’s sister, and she thinks he’s a playboy. The first issue, Wes is willing to face off against. As for the second…Wes doesn’t blame Stella for her assumption. He used to love to play the field, but now that he has his demons under control, he is ready to show her and the world that he is worthy of her love.

Wes may be known for his sick signature move on the ice, but will his dirty toe drag be enough to score Stella’s heart?

Dirty Toe Drag is the sixth book in the Nashvillle Assassins: Next Generation series by Toni Aleo. I didn’t read this when it first came out for some reason and when I realised I missed it I got straight on to it.

Stella Brooks is a woman who knows what she wants but is not always able to voice it to the people she loves. She plays the confident woman and in most ways she is that woman but when it comes to her family sometimes this is hard. When it comes to Weslet McMillan she knows she wants him but she wants him to be more series before she will give him a chance.

It made me believe that every queen can find her king.

Wesley McMillan a professional NHL player for the Nashville Assassins. He is also a man slut reformed and bettering himself everyday. After getting with Stilla at his best friends wedding, who also by the way is his best friend, he decides he need to get his past squared away before he will be worthy of the great Stella Brooks.

You have to do what makes you happy. You only have one life. Do you want to spend it doing something you love or something everyone else thinks you love?

This was such a great read, Stella and Wes was a slow building relationshop and were so great together. The hot chemistry from the two of them was amazing and their story was heart-warming. I couldn’t put this book down and highly recommend this read. I look forward to more in this series.