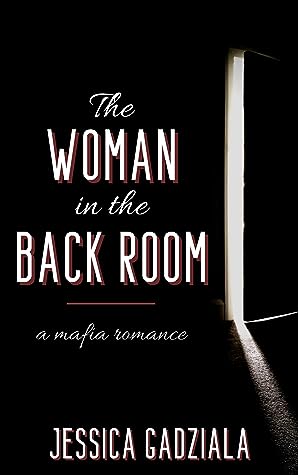 The Woman in the Back Room

He hadn’t planned on being a part of the Family.
Life had thrown a curve at him at a young age that made him reevaluate his path in life.
And he chose out.
But when tragedy strikes, awakening the need for revenge, he finds himself wanting back in.
To the Family.
The life.
The people.
Including a woman he never could have seen coming, one he never would have thought he’d want in his life.
Until he found her there.
Now he can’t imagine a life, a home, or a future without her around.
But enemies could be found in the unlikeliest of places, threatening everything he never knew he wanted, and the very woman he only just discovered he needed…

The Woman in the Back Room is the second book in the Costa Family Series by Jessica Gadziala. Santi opted not to go into the family business at a young age. Having a young family to look after he thought it was for the best. He also thought this would keep his family safe, needless to say this was not the case. Having stayed in his loveless marriage for his son and not for love, when tragedy strikes he is out for revenge.

Alessa is the illegitimate daughter of the head of the Morelli family, she was raised outside the family and is out to prove she’s just as good as her brothers and all she wants is to be accepted. Lessa is one tough cookie and is just the right person to be a body guard of sorts to Santi’s 8 year old son.

The slow burn build up between the two is hot and being complete opposites they shouldn’t work but they can’t keep their eyes and hands off each other. With some twists you don’t see coming and an explosive ending this book is amazing and I couldn’t put it down. We get to see some other families come into the fold and I want them all! The secondary characters are amazing and like with all Jessica’s book you can’t help but want their stories. A must read from me!