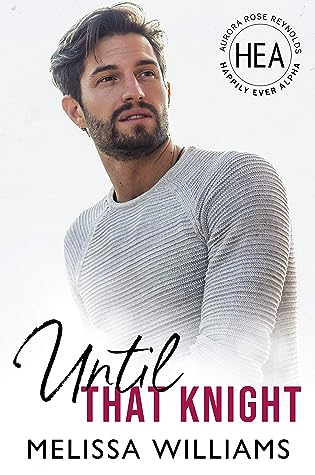 In the glimmering light of a hotel ballroom, I see my future and I despise it.
Growing up in the glamor of New York’s elite has left me feeling cold and cynical.
I long for adventure—so when the chance appears for me to break away, I take it.

Until that night, I never knew the rush of freedom.

In the dim light of a small-town Tennessee bar, I see him for the first time.
I feel the world shift—boom. I never expected a man like Knight Dayton to catch my eye…but I can’t look away. In his arms, he shows me what it means to live, unrestrained with passion.

Until that Knight, I never knew the power of love.

Leighton Rose seem to be a woman who has it all, money, a boyfriend and a full life. But this is all an allusion. She is dying inside, miserable and wants out. The only to people in the world that care about her , her brother and grandmother help her escape. After driving for days she ends up in a small town and its perfect for her new life.

Knight is a successful software designer and has all the money he would ever need but there is something missing in his life and he’s not sure what that is. He’s moved back to his grandfathers house  he has inherited and hoping to find that missing link. When he see Leighton, he knows she is his BOOM! Now all he has to do is win her over!

Although short this is a well written, sweet, humorous, and entertaining read. It was my first read from Williams and I’ll definitely be looking into more of her books. I highly recommend.