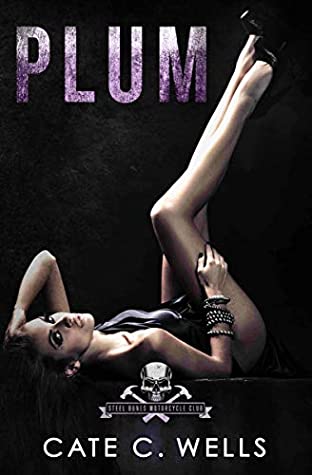 We’re from two different worlds, but in her arms, I’m home.

Life didn’t give me a silver spoon. It gave me tetanus. When Adam Wade walks into my club, I know I’m in trouble. His money I can handle. But sweet words, gentle hands? I don’t know what to do with that. Eventually, he’s gonna wise up and walk away. If I let him in, what’ll be left of me when he goes?

I’m the adopted son of the man who owns the city. I was born into nothing, and I’ve earned my seat at the table. But at night, when I can’t sleep, I’m haunted by the pieces of myself I’ve disowned to make it this far.

I don’t know why Plum caught my eye, but I can’t look away. Maybe it’s her brave face, her fight, her quirks. I’m obsessed, all-in with my eyes screwed shut. Then life throws a harsh light on our choices. I’m forced to face the ugly truth of what she’s done to survive–and what I’ll have to sacrifice to be with her.

Plum’s a fighter, but would she fight for us? And if I give up everything for her, who will I be?

Plum is a 68,000-word “opposites attract” romance set in the Steel Bones Motorcycle Club world. It takes place at the same time as Nickel’s Story. This novel is intended for adult readers (18+) due to strong language, violence, triggers, and explicit intimate scenes.

Plum is the fourth book in the Steel Bones Motorcycle Club Series by Cate C. Wells. Its a little different then the previous books in the series. It tells JoBeth’s story, how she got herself out of a bad upbringing and got her life some way the way she wanted it. She is one hell of a fighter and doesn’t need anyone or any man.

Adam was adapted by the most powerful man in the city and has always done what’s expected of him by his stepfather while running his business, but he feels like he is missing something out of life.

So when Adam walks into the strip club where Plum works and tries to get her to go on a date with him she is having none of it. But he is determined to win her over.

“The way I see it, if I got to deal with your face judgin’ me, you’re gonna have to deal with the fact I got no shame. Maybe if I’d had better choices, I’d have chosen differently. But I didn’t, and I ain’t beatin’ myself up ‘cause life gave me lemons.”

From the beginning there is obstacles thrown at both of them and with Adam’s family against them, Plum knows its only a matter of time before Adam walks out of her life. She will never fit that life.

This was another great installment in this series and I really enjoyed it. It had some great secondary characters and a great Pretty Women feel to it. I highly recommend reading Plum.