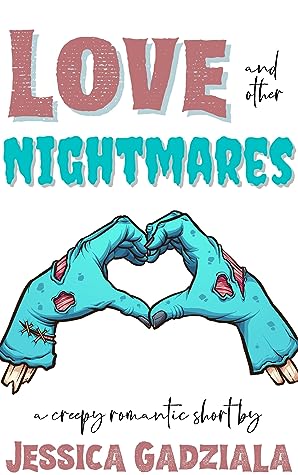 Love and other Nightmares

You’d think a global zombie apocalypse and watching everyone you know get brutally murdered, leaving you the only living person in town, would be the worst thing that could happen to a girl.
But, as it turns out, things could get worse.
Like finally running into another living, breathing, non-brain-eating soul.
But then learning it is the no-good-low-down-waste-of-three-years-of-your-life who, unfortunately, hadn’t had his heart ripped out by zombies like you’d been fantasizing about since the whole outbreak started.
Nope.
He was alive.
And possibly the only other living person left in the world.
Could you be mature enough to team up with the man who stomped on your heart years ago for survival?
Or would you take him out yourself for what he did to you?
Only time would tell…

Love and Other Nightmares is a short, exciting, romantic post-apocalyptic Halloween read. Its a second chance between two people who never thought they would get their second chance.

Before the zombies came June was a girlie girl who loved a good manicure. Watt broke Junes heart years ago but he had his reasons. CAn these two find their Happy ever Zombie future together or has there been to much bagage from the past.

This was such a good short read and highly recommend the read.