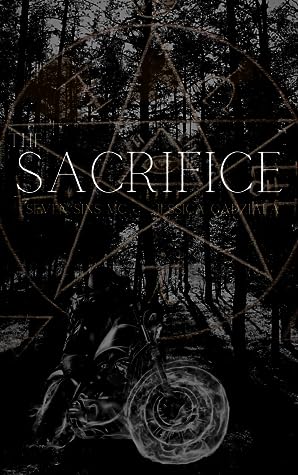 There was one in each generation.
Destined to leave their home, their coven, their way of life.
To fulfill the age-old treaty with the demons.
A Sacrifice.
We spoke of their fates in hushed whispers around open fires like ghost stories, conjuring tales, each more horrifying than the last.
I never thought I would become her.
The Sacrifice.
Ripped from everything I had known, thrown into a dark and uncertain world, my life in the hands of its purest evil.
Nothing could have prepared me for the truth.
Or the growing warmth I felt toward one of my captors.
But the questions remained:
What did they want from me?
What would happen to me once they took it?
What price was I willing to pay?
And what would I willing to sacrifice to hold onto a love I never saw coming?

The Sacrifice is the latest book from Jessica Gadziala and I really didn’t know what to expect. I used to love PNR but haven’t read anything of this genre in a long while.

Lenore is being offered up by her coven as a sacrifice to the demons, and even though she was terrified, she will go through with it so no other witch is hurt. Lycus is damned to earth for eternity so no wonder he’s a bit moody, ok a lot moody!

Demon and Witches don’t like each other and are not attracted to each other but the pull these too have for each other from the start is confusing for both. Lenore is needed for something big but no one will tell her what or how she is supposed to do.

This was one hot, juicy story. I was gobsmacked by how I loved the characters and plot of the story and if there is no more in this series I will be truly disappointed. The secondary character’s where amazing and I just want to know more. I highly recommend reading this.