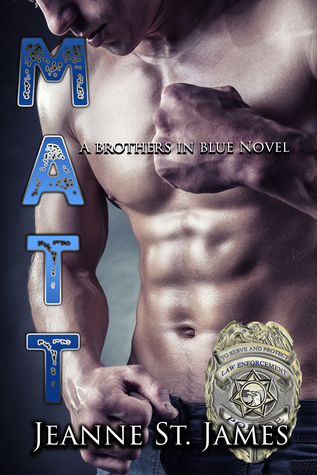 Meet the men of Manning Grove, three small-town cops and brothers, who meet the women who will change the rest of their lives. This is Matt’s story…

As a former Marine, Matt Bryson has dealt with PTSD ever since coming home from the Middle East. He finds himself fortunate to be able to return to his job as a cop at the local police department with his brothers Max and Marc.

Dr. Carly Stephens works hard as an obstetrician at the local hospital, struggling to pay off her medical school loans, financially support her elderly parents, and save money to adopt a baby. Unable to have children, she still longs for one of her very own.

Instantly attracted to the Dictator Doctor, Matt finds Carly easily brings him to his knees both emotionally and physically. What starts out only as a convenient sexual relationship turns into a whole lot more when dealing with their pasts and their future. Especially since Matt doesn’t ever want children.

Matt and Carly find themselves on a passionate and emotional journey that can either bring them together or rip them apart.

Matt is the third book in the Brothers in Blue Series by Jeanne St. James. This is by far my favourite of the three brothers. Matt has spent the past years being a marine. He is now working as a police officer in his hometown with his brothers.

Carly is an OB/GYN. and Matt sees Carly for the first time when he is brings in Amanda as she is about to have her baby. He can’t help but be attached to her no nonsense bossy attitude. They meet officially when he is called out to a car accident where she has hit a deer.

He lives in a tent in the backyard of the house he rents from Amanda and as chance has it Carly needs somewhere safe to live. He offers her the room not realising he’s offering her more than that.

Matt suffers from PTSD, OCD and blackouts, the suffering he goes through within this book had me feeling so many emotions. Jeanne ST. James did it so well, I was impressed.

This book had all the feels and was by far the best book in the series so far. As anyone who reads my reviews knows, I’m big on secondary characters they make the book extra better for me and this series has some many amazing people. They were so enjoyable to read.
I highly recommend this book and series.

One thought on “Review: Matt by Jeanne St. James”