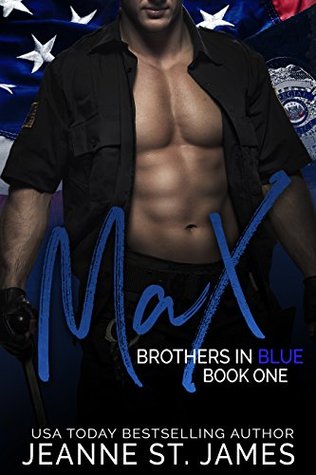 Meet the men of Manning Grove, three small-town cops and brothers, who meet the women who will change the rest of their lives. This is Max’s story…

Big city party-girl Amanda Barber has been spoiled most of her life. But life for Amanda suddenly becomes a major challenge: adapting to small-town life, dealing with her special needs brother, and constantly butting heads with a frustrating local cop.

As a police officer and former Marine, “responsibility” is Max Bryson’s middle name. Never having been in a serious relationship, he has no plans for one in the near future. He likes being his own man. And even if he were interested in a serious relationship, he certainly wouldn’t choose someone so immature and irresponsible as Amanda. But no matter how hard he tries, he can’t get sexy Amanda out of his head or his heart. Watching her mature in front of his eyes, his protectiveness towards her only strengthens.

Bossy and possessive aren’t the only words Amanda uses to describe this frustrating cop. She can’t deny just looking at the man makes her tremble. But she’s done with having anyone control her and this man isn’t going to be any different. Or is he?

Note: This is a full-length novel and can be read as a standalone. No cliffhangers and it has an HEA.

Max is the first book in the Brothers in Blue Series by Jeanne St. James. This is my first book by this author and I was looking forward to giving it a go.

Amanda drives into this small town not knowing what to expect. The only thing she knows for sure is that she has a half-brother with special needs she’s never meet but now has to take guardianship off as her stepmother has died suddenly. She is leaving behind her very glamorous exciting life in Miami to do the right thing.Max is a third generation police officer in his hometown and the oldest of three Bryson boys. We a tour in the army under his belt he’s ready to get stuck into small town life.

Max and Amanda have a volatile start, they seem to rub each other the wrong way on every occasion. Max throughout that Amanda needed to grow up but really he was the one that needed to get over himself when it came to his relationship issues.

This was a really enjoyable read for my first Jeanne St. James book and I will definitely being getting into more of her books in the future.