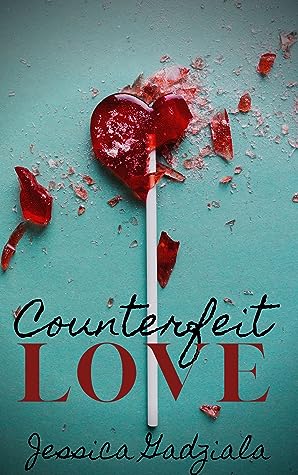 Finch can spot a fake a mile away.
Raised in the Bayou with crime in his veins,
he managed to turn his talent into a career.
Making money.
Racking up a few enemies along the way.
On the run from one of those, he starts over
in a new town.
Where he meets her.
Full of lists and guards and attitude.
Someone beautiful enough to make even blackmail seem sexy.

Chris has lived through hell.
And she’s made it her mission
to take out all the devils still walking around.
The only problem?
She needs seed money for the project.
Which is where he comes in.
The best counterfeiter around.
Someone with a past that can be used against him.
She has everything planned out.
Except the impossible.
Something she never could have prepared for.
Something she is sure she never could experience.
Interest.
Attraction.
Things that had been taken from her years ago.
But as much as she tries, there is no denying what is growing between them.

In a world full of fake, can they find something real?

This book is a standalone book from Jessica Gadziala but it has a lot of familiar characters from previous books. It starts of pretty dark but that didn’t stop me from devouring this book. It was a page turner from the start.

Finch is one of the best in the world who can counterfeit money to look and feel like the real deal. Chris find out he is in Navesink Bank and essential blackmails him to  bank roll a job for her. Finch is a laid back kinda guy and falls in with this sassy, pain in the ass amazing woman and will do anything to get to know her better. But Chris is basically  living a life of solitude and is having none of it… Until she is…

Counterfeit Love is such a great read, a slow burner packed full of emotions to tug at the heart strings. Whether you have read other books in the Navesink Bank universe or not this is a must read.