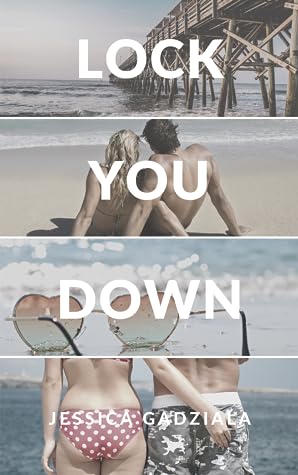 I used to think stalkers came in one of two categories-
Creepy guys who won’t take no for an answer, and
Women scorned.
That was until I met Reagan.
A woman with secrets.
Secrets I planned to get out of her one way or another.
Among other things.

Reagan –
No sane person decides to be a stalker.
And no smart woman gets the hots for the very man who was supposed to thwart her mission.
I guess that made me both less-than-sane and stupid.
Somehow, I was okay with that.
I knew why it was important to do what I did.
And, maybe, in Nixon, I would find someone who would understand, who would help me.
Even if he grumbled the entire time.

Lock You Down is the 2nd book in the Rivers Brothers Series. It is Nixen’s story. Nixen who is ever moody and always tells it how it is. He’s a straight shooter and not everyone’s cup of tea.

Reagen has moved to the opposite side of the country to hunt down her demons but also to run her parents Whiskey Company. Although she has her demons, she also craves family and falls right into Nixen’s family and extended family easily. She has a wicked sense of humor that had me laughing so hard at times.

I say this every time but Jessica does the best secondary characters. People we’ve seen before and some new faces. Calvin and Marley being a story I for one can’t wait to read. Also Jessica is the queen of epilogues…

I highly recommend picking up Lock You Down and giving it a read.

One thought on “Review: Lock You Down by Jessica Gadziala”