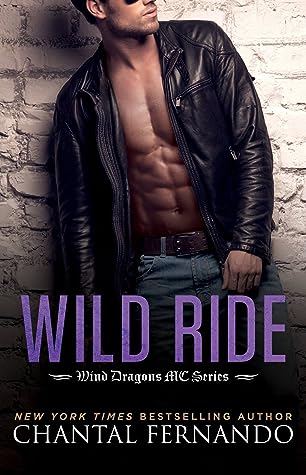 Internationally bestselling author Chantal Fernando brings fans another sexy motorcycle novella in the Wind Dragons MC series, as rival club president Talon has to decide what’s more dangerous: facing down the WDMC, or losing his heart to a woman under their protection.

Talon has a complicated relationship with the Wind Dragons Motorcycle Club. He’s the president of their rival club, the Wild Men, but he’s also related to one of their members—who hates him. He could handle that, but he’s also got problems in his own club; someone is leaking information and disrupting their business, but Talon can’t find the mole. So the last thing he needs is even more complication in the form of a beautiful single mother who’s bolder than half the bikers on his squad. But he can’t take his eyes—or his hands—off her…

Tia’s always been a little reckless, up for a good time wherever she found it, but she’s also a great mom to her young son. So even though she thinks Talon is basically sex on a stick, when she realizes she wants to be more to him than just a club groupie, she has to take things a bit slow. Plus, a momentary attraction, no matter how smoking hot, isn’t worth risking her son’s happiness in any way. Is there any chance that Talon might be up for a more permanent arrangement? Or has Tia leapt before looking once again?

Although I really liked Wild Ride, I thought it was way too short and not developed enough. Talon is the president of the Wild Men MC and was worth a full length novel in my opinion. I even think his MC deserves its own series but obviously not if we’re getting this Novella of his story.

It left my feeling so unfulfilled and nothing was really resolved at the end. Maybe this is to introduce more of his story through the Wind Dragon series but it left me confused. This is the first book in this series to get lower then a 5 star from me! Still i recommend to read it if your reading this whole series. You don’t want to miss out on this hot but quick love story.