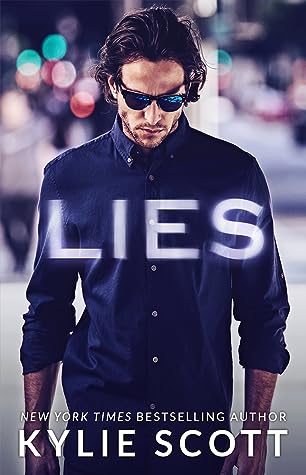 Betty Dawsey knows that breaking things off with Thom Lange is for the best. He’s nice, but boring, and their relationship has lost its spark. But steady and predictable Thom, suddenly doesn’t seem so steady and predictable when their condo explodes and she’s kidnapped by a couple of crazies claiming that Thom isn’t who he says he is.

Thom is having a hellish week. Not only is he hunting a double agent, but his fiancée dumped him, and thanks to his undercover life, she’s been kidnapped.

Turns out Thom is Operative Thom and he’s got more than a few secrets to share with Betty if he’s going to keep her alive. With both their lives on the line, their lackluster connection is suddenly replaced by an intense one. But in his line of work, feelings aren’t wanted or desired. Because feelings can be a lethal distraction.

Wow!! Lies gets off to a flying start, from the first chapter there are bombs exploding and people being kidnapped.

At the start after everything that happens I can’t understand how Betty can be so adamant that she’s leaving Thom, but then have her feeling change so rapidly. It was a bit unconvincing. However as the book went on I couldn’t help but root for them.

“I like your smile. Hell, I like every damn inch of you. And I like who I am when I’m around you. The way I don’t have to be on edge all the time. Especially now that I don’t need to pretend to be someone else. Now that you know all my secrets.”

Lies by Kylie Scott is a thrilling, sexy, heart in your mouth read that had me hooked till the last page! Not only is Betty hilarious but the secondary characters in this book are entertainingly funny and bring the heat. This was a five star read from me for sure.