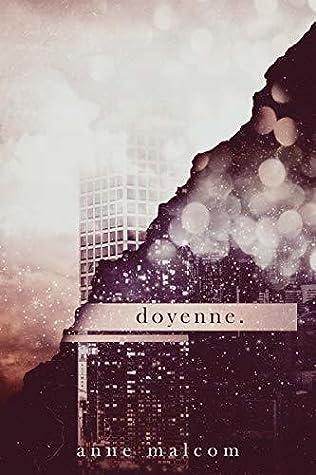 I don’t know what it’s like to feel.
To hurt.

The ability was stolen from me in my youth.
I consider that theft a gift.

Feelings got in the way when you were building an empire.
Amassing power.

I had the empire.
I had the power.

One moment in an alley changed everything.

What took over a decade to amass was snatched away in a second.

He killed for me.

But he didn’t save me.

doyenne
/ˈdɔɪɛn,dɔɪˈɛn,dwʌˈjɛn/
the most respected or prominent woman in a particular field

Thirty two year old Charlotte Crofton is a billionaire, top of her field. She is cold, brutal and lethal in business. From the outside she is an Ice Queen. But inside as hard as she tries there are cracks to her humanity. Not many see that deep but Jacob does.

Two very broken souls find each other in the most f**ked up way.

This is not an easy read, it is dark and gritty, with suspense and death, but if you can stomach it you wont regret it.