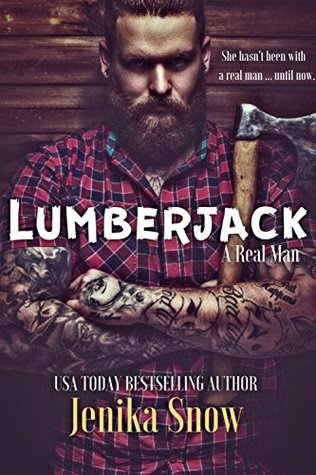 He hasn’t been with a woman in five years.

She hasn’t been with a real man … until now.

I’ve had enough of the crap that goes along with living in the city. So, I packed for a weeklong vacation in the mountains. Isolation in a cabin for the next seven days sounds like a good way to recoup and get my life back in order. After getting lost while hiking, I stumble upon a cabin that has me questioning whether to ask for help, or if I should brave staying the night in the woods.

I left everything behind years ago after the woman I was with betrayed me. Now I work as a lumberjack and live my life as a recluse. Being celibate for the last five years says a lot about my self-control, but I’m a man and have needs, and not giving into what I really want is hard as hell. But I can’t let myself get close to anyone, not even for a few hours. Getting close is how I got screwed over before.

As soon as I see Vivian, I know I have to have her. It’s been forever since I’ve had a woman. Because of a storm rolling in, she’ll have to stay with me overnight. We could do a lot of filthy things in that time. I pride myself on my control, but when it comes to Vivian, I don’t know if I can keep my hands to myself.

I have needs, and it’s clear Vivian’s in need of a real man to help her unwind. I can certainly help her in that department.

Warning: If you’re looking for a sappy, pull-your-heartstring kind of book … this isn’t it. If you want a short and dirty story featuring an all-around alpha hero who hasn’t had a woman in years, and a heroine who’ll find out what it’s like to be with a real man … this might be for you.

Jake is celibate for five years after having his heart broken, moving away to the middle of nowhere to live a more simple and solitude life. He has no interest in Woman or a relationship.

Vivian is a city girl who has had enough of the city and her cheating ex, she wants to get away from it all.

When Vivian gets lost hiking, just as she’s about to lose it and freak out she comes upon Jake’s cabin. The chemistry between the two is something neither expected or had felt before.

This is a short but scorching hot read, I enjoyed it a lot.

3 thoughts on “Review: Lumberjack (A Real Man #1) by Jenika Snow”