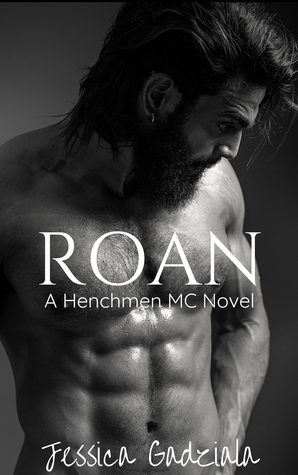 He’s been waiting for a storm for years.
Well… she has finally blown into town.

He’d always been good at starting over.
That had been his job for a long time.
New country, new identity, new scumbag to track down, and bring to justice.
It was just the job.
Until, suddenly, someone made it more.
But life had plans that didn’t involve white picket fences and happily-ever-afters.
And there was no choice but to move on.
That didn’t mean ghosts of the past didn’t plague him, follow him no matter how many times he changed his name, how many places he ran to.
Eventually, he traded one world for another.
The past seemed as far behind him as it was possible.
Until one day, it was there.
She was there.
Life didn’t offer many second chances.
And he was hellbent on making things right.
Even if she didn’t want anything to do with him ever again.

5 The Spy who Loved Stars on Goodreads

Roan is the 17th installment in the Henchmen series, yes you heard me right 17th! This series is classic Jessica Gadziala and never gets tired. This tells Roan and Mack’s story and it is a second chance romance. Not normally my kind of read, but I will read anything of Jess’ books and this was no different. The story is jam packed full of love, lies and hate. It was such an exciting read and to be honest I don’t want to say much more as I don’t want to give anything away.

Another 5 star read from me and we get a good bit of the old crew in this book which made me so happy to read. High;y recommend this book and look forward to more in the series.