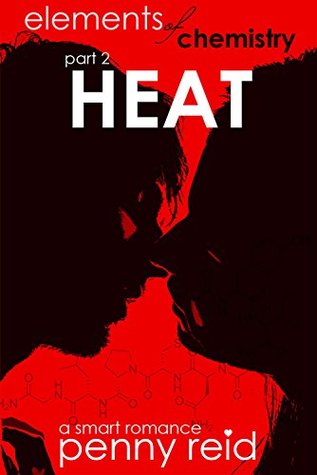 Four days left.
Private beach (…and boat).
Not so invisible girl.
And maybe less of a jerk-faced bully than originally thought.

What’s the worst (or the best) that could happen?

Kaitlyn is finding life outside of the science cabinet of obscurity to be quite illuminating …and so are her pants.

When things heat up between Kaitlyn Parker and Martin—previously known as the jerk-faced bully—Sandeke, she places her trust in the one person she never thought capable of earning it, let alone keeping it safe. Fortunately or unfortunately for Kaitlyn, where she gives her trust she can’t help but also give her heart.

But how will the world beyond the sanctuary of their newfound connection react to their relationship? Soon senators, chinless billionaires, and elements beyond Martin and Kaitlyn’s control want to weigh in on the young couple’s future.

Navigating the chaotic inferno of new love might be more than Kaitlyn bargained for, and much, much more than her trust—or her heart—can handle.

Heat which is the second book in the Elements of Chemistry series, starts off right where Attraction left us hanging. Thank god because I was dying to know what happens next.

“It made my heart swell, it made it hard to breathe, it made the Bunsen burner in my pants go on alert level one million, and it made me willing to forgive him for almost anything.”

Heat really explores the depth that Katy & Martin’s current stance as a couple and where they want to be at. Martin really wants things and is leaning on Katy to cave but Katy is so new to relationships and is scared that these feelings between them both might be moving to fast. Not only is this book a lot of fun, it also brings the heat factor. Reid develops the relationship between Kaitlyn and Martin during the one week. this could come off as cheesy and unrealistic but she manages to keep the emotions and growth as real as possible. I was definitely sold.

”What is attraction? I can’t give you a list of reasons why I react to you like I do. This isn’t an equation to balance. You’re the one I’m always thinking about. It’s you. It just is.”

I had such a book hangover after reading this and I knew there was a terrible cliffhanger and it was coming but I wasn’t prepared for it at all. I certainly didn’t expect to be crying like a baby!

One thought on “Review: Heat (Elements of Chemistry #2) by Penny Reid”