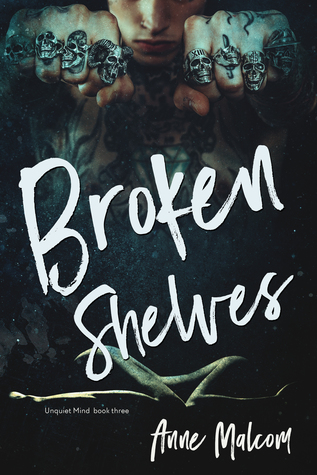 Gina:
Freshly brewed tea. Earl Grey, loose leaf.
Rain on the windowsills. The smell of library books. Escape into worlds greater than this.
Solitude.
Invisibility.
A quiet life. Maybe boring, but boring was never dangerous. Until I saw what I was missing out on. Who I was missing out on. The man who shattered my boring, safe life and lay it to ruin.
The man I’d been in love with since I was a teenager. Who I’d been invisible to since I was a teenager.
The man who just happened to be a world-famous rock star.

Sam:
Whisky. Neat. Leave the bottle.
Crowd of hundreds of people. No, make it thousands. All shouting my name. Live fast. Die…
Die? I’m too young, too famous and far too badass to die. Death doesn’t happen when you stop breathing, it’s what happens before that. Death is the monotony of life. The grave? Well, all the greats live there. You’re not a rock star until you die before you’re thirty. The grave doesn’t bother me.
Just the quiet.
That is death in the life of rock.
But then… her.
She’d been there all along and I’d been too blind, too obsessed with the fast, loud life to realize where the real Nirvana lay.
In the silence.
Even the grave couldn’t hold me if I didn’t get her.
And I’m a rock star.
And a badass.
And as stubborn as I am good-looking.
I know how to get what I want.
I also know how to kill anyone who gets in my way.

Broken Shelves is the third book in the Unquiet Mind Series and what a book it was. Gina was my girl, I could relate to her so much. Getting lost in books it my JAM! Gina has done everything she could to maintain her life and fade into the background as much as she can. She’s doesn’t want to be seen and wants to live her life cocooned within her safe haven of her home. She wants to go to work to teach her kids and that’s it. Until her best friend’s wedding where she meets the man she’s been in love with since she was in school. Not only that but he’s a rock star, wanted by every female in the world. Sam gets her into bed and they have an unforgettable night. The next morning he dismisses her and breaks her heart.

“Didn’t all the great love stories have obstacles? Didn’t every single great couple have to go through almost unbearable amounts of pain in order to be together? Wasn’t it the watermark of true love?”

This was such a fantastic read that I was hooked on from the very beginning. Malcom shows the Struggles that comes with the spotlight, the constant judgement and criticism that comes along with it. This book was totally a 6 star read for me and I would highly recommend reading it.