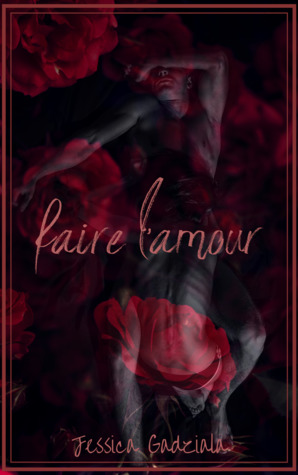 Disaster had her world uprooted, her plans for her life going in a direction she could have never seen coming. Shackled with a debt she has no way to pay off, she makes a decision she never could have seen herself making. One contract. Three months. Complete financial freedom. But at what cost?

He’s a man who has never been in love…

But there was no mistaking that love was exactly what he was feeling toward a woman who never should have stepped into his office to begin with. The kind of woman his filthy hands never should have touched in the first place. But there was no going back. And as feelings grow, he wonders how could he even begin to explain to her all his deceptions, or expect her to ever be able to trust him again enough to give something real a chance?

Faire l’amour is a new standalone novel from Jessica Gadziala. Jessica is a must read for me so when I saw a new title from her I was like hell ya!

From the first chapter I was hooked, I needed to know what drove Rosie to do what she did. From then on it was a roller-coaster of need, want and desire that turned into the sweetest love story. Preston’s need to look after Rosie and make sure nothing touches her felt a little wrong to begin with, but as the story went on it was sweet and caring. This is not your typical read from Jessica but that doesn’t mean its not as hot as hell and a book I just couldn’t put it down. Defiantly a star from me!