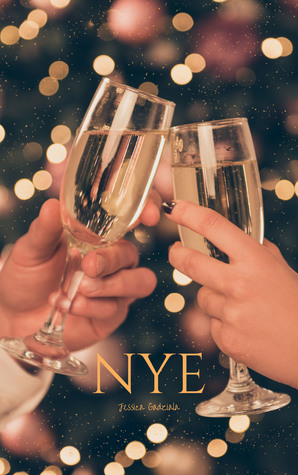 What do you do when your career is stagnant and one of the biggest businessmen in the city offers you the opportunity of a lifetime? To plan a New Year’s Eve party for thousands of his employees. On too short of notice. With no plan. With an almost assured chance of failure?

Well, you take it, of course. Or at least, that is what Sage Walters decides to do, sure that if she could pull it off, this would be the job that would catapult her career to a whole new level that doesn’t involve one gender reveal party after another.

Of course, she’d have to not only contend with the impossibility of pulling off the event on such short of notice, but the overbearing, micromanaging, condescending CEO of Calgary Industries – Grant Calgary himself, their constant bickering, and the completely irrational, unprofessional – yet undeniable – chemistry between them…

Short but sexy read from Jessica Gadziala. Her Novella’s are always fantastic and although short defiantly a must read from me.

Sage Walters owns her own party planning business and has been working her ass off trying to get established. In walks this Grant Calgary who needs a New Years Eve party planned A-sap! The sparks do not fly and its seems like they hate each other. They bicker non stop over everything. She feels like he hates her… Could she be wrong?!

This short but very sexy read is a 5 star from me!