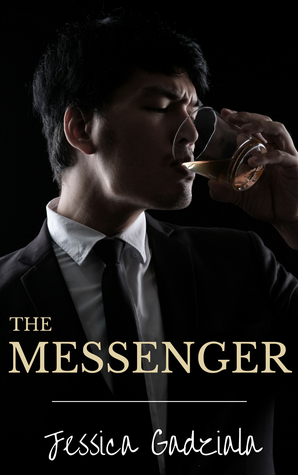 He’s loved her since the day he met her.
She’s been either oblivious or uninterested.
And now she is set to marry another man.
So, he decided to let her go.
But when he finds her on what was supposed to be the happiest day of her life, staining her wedding dress with tears, needing help, he realizes he had never let go. And now that he has the chance, he will stop at nothing to show her that he was the one she was meant to be with all along.

5 The Messenger Stars on Goodreads

The Messenger is the third instalment in the Jessica Gadziala’s Professionals Series. This Series is one of my favourite by Jessica and I have to say it’s vastly becoming my favourite. The Messenger is Jules and Kai’s Story. They couldn’t be any more different if they tried, so their unlikely story is all the more intriguing. I’m generally not too fond of flash blacks, but I couldn’t help but love they little snippets of their past. It told the story just as much.

“You are acting as though there is a choice in who you love. It doesn’t really work that way. You love who you love.”

The secondary characters where amazing and told just as much as the mains did and as always I love this. I highly recommend giving this a read.

One thought on “Review: The Messenger (Professionals #3) by Jessica Gadziala”