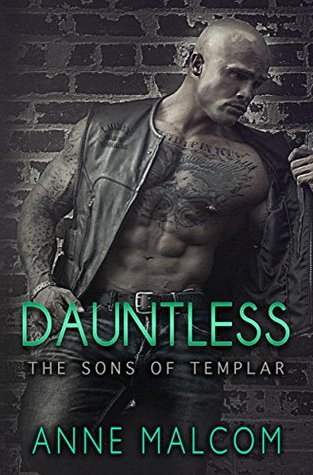 This isn’t a fairy tale. I’ll save you the trouble by telling you that now.

This is the tale of a girl who spent her life bouncing around foster homes, who had her innocence stolen in the darkness before she knew it was something that could be lost. Her demons followed her everywhere, after that night. They chased her to the medical school she dropped out of, to the strip club she sold herself in, and finally caught her in a river of sin where they tried to drown her.

My name is Bex and this is my story.

I’m paddling, barely keeping my head above water. And even though I’m submerged, I’ll never be clean. The layer of dirt that has clung to me since birth is a tattoo I’ll wear for life.
He can’t see it, though.
Even when I’m torn and tattered, and left in pieces, he wades into the filth to try to put those pieces back together.
He doesn’t seem to understand there’s nothing left to repair. To love. Just sullied fragments of a damned soul.
He’s willing to damn himself in order to exact revenge on those who sent me to the pit.
Problem is, my name is at the top of that list, since I not only damned my own soul, but his too. 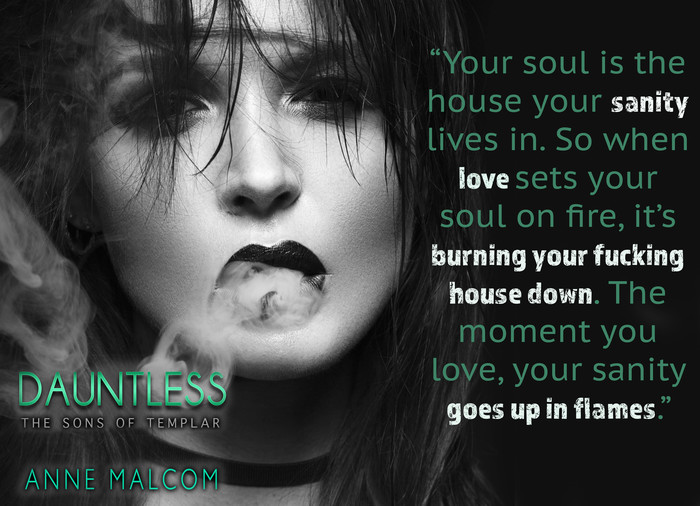 Dauntless by Anne Malcom is full of heartbreak and such sadness that I had a constant lump in my throat throughout. This is by far the darkest book I’ve read by Anne Malcom so far.

Bex’s life didn’t start out great, she grew up in foster care and came across monsters through most of her childhood. Then she met Lilly and her mam and then she finally had found her family. When Lilly’s Mam dies of Cancer, it knocks Bex for six and she turns to drugs to block out the feels. Lilly has Asher to look out for her she certainly doesn’t need a broken best friend so Bex’ let the drugs rule the way. But when Bex wakes up in a hospital after an accidental almost overdose and she sees her best friend heartbroken at nearly losing someone else she love she sets out to make it right and is adamant to get clean and stay clean.

Lucky is one funny and rough around the edges biker, he is adamant he will save Becky no matter what she says or thinks of herself. He used humour throughout and had me in stitches. But we also saw a big change in his character mid-way through this book.

Dauntless had loads of drama, sadness, darkness and a little happiness throughout, this was one hell of a roller-coaster ride. I loved it and highly recommend reading it. Anne Malcom had become one of my favourite authors.