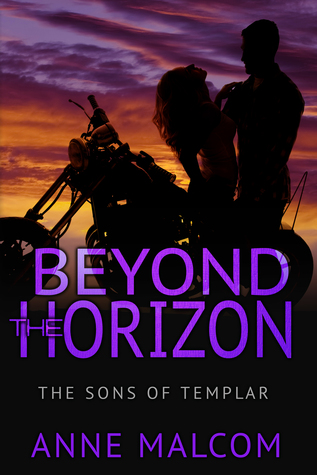 Beyond the Horizon (Sons of Templar MC #4)

Life is counted in tiny breaths, ones that measure the length of your existence. Life stole the ability to make those breaths easy when Lily was nine years old. Turned her quiet. Made her curl into herself, and shut out a world that threatened to bury her under its weight.

The end of her world is what brings him back—her biker. His chocolate eyes pierce her soul while his club tempts her with a life that she didn’t know she could ever have. Especially not when she was clutching the tattered remains of her existence, and with a weight bearing down on her which makes her unfit for the role of Old Lady. Asher changes that. He wants to set about repairing it, repairing her and her broken world. The problem is, even his strong shoulders can’t carry the burden of her sorrow.

Asher doesn’t take no for an answer. She may have given him her heart three years ago, but never in her wildest dreams would she imagine she had possessed his for the same amount of time.

Just when it seems like she may be able to ride off into the horizon, the world isn’t quite finished trying to rob her of breath. Of life. 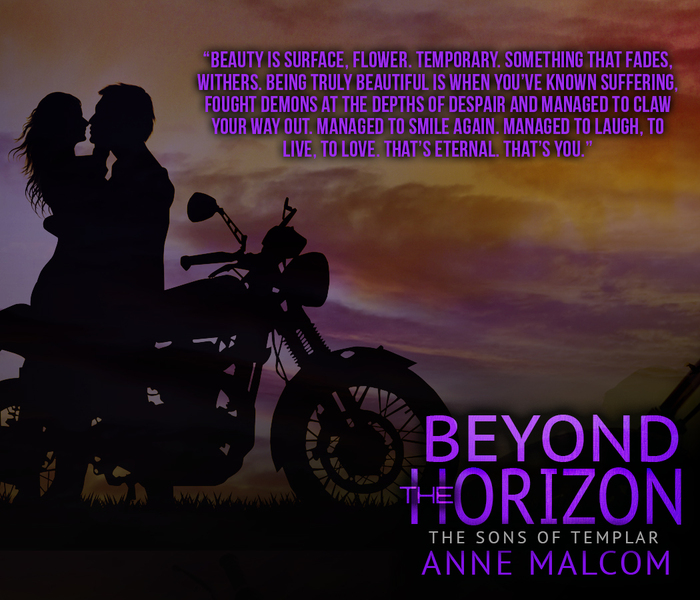 5 Full of Grief Stars on Goodreads

Fantastic addition to the Sons of Templar Series.

Beyond The Horizon is Lilly and Asher’s story, Not only was there all kinds of surprises in store for us we got some twists and turns that I did not see coming as well. It was jam packed with the feelings and it was like a roller-coaster of emotions throughout. It dealt with real world problems and the reactions to grief were amazingly done.

We got so much of Lucky, I love him.. I am gearing myself up for his story after the events of this book. I’m loving this series and Anne Malcom comes up with the most amazing secondary characters that make her books so exciting to read. I’m already on to the next one.