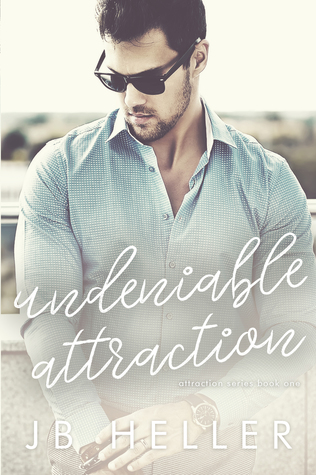 Ivy is straight laced, orderly and responsible. She’s also in love with her boss, Gabe.

When Ivy started working for him at his private investigation firm three years ago she was instantly drawn to him.

He’s everything she’s not and everything she wants— rough, gritty, sexy and impulsive.
Ivy decides to make some changes in order to gain Gabe’s attention, but in doing so, she inadvertently draws the eye of an unwanted admirer.

Gabe is forced to take her and her rambunctious cousin, Tessa, into his home for their protection. But with Ivy in such close quarters Gabe’s resolve to stay away from the once shy beauty begins to dissolve at a rapid pace.

3 Falling for your boss Stars on Goodreads

I picked this up as the 3rd book in the series was recommended to me and I never read books out of order. I just can’t… So I picked this up. It was not on KU which was disappointing to me but sure I bought it anyway.

Gabe is your typical alpha male with a load of rough edges who doesn’t quite see what’s right in front of him. Well he is a man, however for the first 25% of this book I wanted to knock him on the head and tell him to cop on!

Ivy is seriously pissed off with her boss, she is tired of seeing him drowning his sorrows as he gets over his ex. She decides it’s time to let him see the real Ivy and she confesses how she really feels about him. This doesn’t have the immediate effect she had hoped.

I name my guns, so shoot me. Pun intended.

To be honest I felt there was something missing from this. It was very choppy and at times I felt lost, other times I felt, how is this happening so fast?! And where did this come from?! The collateral damage was really unexpected and really unnecessary. Also if someone called my friend who had me best interest at heart, Bitch Face I would not be impressed!! It just was so childish and not what I would want in a man at all!

This is a nice story but it was not on power of some of the books I’ve been reading lately and I was disappointed as Heller is a new author to me and I was looking forward to something new. I really don’t know if I will read the next books in the series. If they were on KU it would be a no brainier to me but because there not, I will have to see.