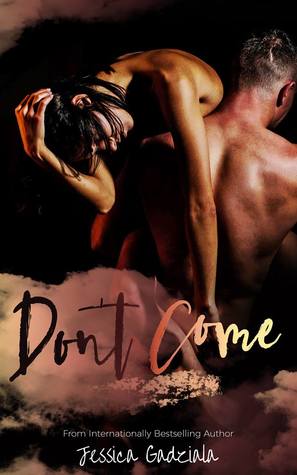 I’m not broken, tortured, or scarred, some cliched, overdone and sensationalized misconception about this lifestyle… and the men in it who control their submissives with a strong hand.
I’m just a Dom. Just a man who gets off on a woman who entrusts me with her submission. Just a man who loves to be able to show them all the ways the gift of their trust can bring them untold, never-before-experienced layers of pleasure.
But casually.
Just play. Just sex.
Nothing more.
Until I came across her.
She’s everything a Dom as experienced as I am shouldn’t want – new to the lifestyle, unsure, untrained. It should never have gone beyond those first few exchanges online. But there was something about her, something that kept me texting, calling, teaching her to trust me enough to meet with me.
After one touch, one taste, one night, I knew there was no going back. She was mine. And I was going to show her everything she had been craving from a man all her life.
I guess I just had no idea – or at least didn’t want to admit to myself – that this was different, she was different, we were different. And once I got to have her, I wanted to keep her.
You know… if I could convince her to stay…

It was just a drunken decision.
I woke up after a night of a little – okay, a lot – of Thirty is just a number drinking to find that drunk-me had decided to do something that sober-me would never have had the guts to do, no matter how much I wanted it.
I had joined a D/s dating site.
And I was totally, absolutely going to delete my account and move on with my life. A life where I had secretly been craving a hand strong enough to take the control I held onto so tightly away from me.
Except I had a message.
From him.
I could never have anticipated the pull I felt toward him, how strong the need within me would be to feel him show me all the things I had been wanting, but denying myself.
I didn’t know it could feel like it did, that it could consume me, that it could make me crave not only his touch, but him.
It was dangerous territory, slowing falling for a man who made it clear that what was between us was casual. He wouldn’t even tell me his real name. And as things started to get more intense – both physically and emotionally – I had to start to debate whether the pleasure he gave me was worth staying for if it leads to a heartbreak I was sure I wasn’t prepared for…

I’m going to be up front, this is not my genre. I do read them from time to time when an author I love brings them out but that’s it. I’m generally not into as man telling me what to do and reading these type of books just pisses me off. But like I said when its an author I love I always give it a go.

This didn’t piss me off, in fact it was very enjoyable. The rawness and emotional journey that Adley takes just sucks you in and you want to know every detail that comes next. be prepared for hot sexiness. Adley is not by any means a weak woman who lets her man walk all over her.

Dom is a tall dark cup of smoking hot coffee! He knows that Adley is new to this game o something about her draws him in. He cares from the get go and you can see this.