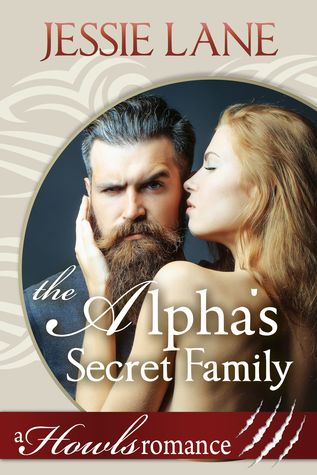 Dia has just moved to a new city to run her own hair salon. She doesn’t have time for the hot guy who won’t stop asking her out, yet she can’t seem to stop thinking about him.
Stone Blaylock is the Battletown Packs’ Alpha and his mate has just moved into town. Problem is, she’s human. Therefore, he has to win her over the old fashioned, human way—by dating her.
Things are looking up for Stone when he gets his mate to fall in love with and mate him.
However, there’s someone out there who doesn’t like that the Alpha’s new mate is human. When their plan to kill her backfires and Dia survives, but she doesn’t remember anything, including Stone, or the circumstances that left her alone, hurt, and pregnant.

‘The Alpha’s Secret Family’ by Jessie Lane is book three in the “Howls Romance” series. I hadn’t read any of the others in the series and to be honest, you don’t need to read them to read this. This was Stone and Dia’s story and it was a really pleasant short read that I read in one sitting.

I haven’t read any of Jessie Lane’s Big Bad Bite Series but I’ll defiantly be going and getting into them now.

One thought on “Review: The Alpha’s Secret Family (Howls Romance #3) by Jessie Lane”