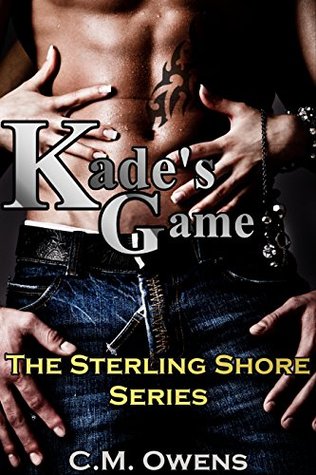 We never go after what we want without circling around it at least a hundred times. Instead, we play games, try to work just the right angle, even when it’s not necessary.

He had everything mapped out. His life was a series of strategy and games, all of which he was mastering. And then Raya Capperton invaded his life at a moment when he refused to be distracted. The animosity between them boiled over at first, but the second Kade started falling, he fell hard. But Kade has never been accused of doing things the easy way.

I don’t normally read books that are another persons pov pf the same story. I just don’t have the time. But I’d heard such great things about this book so I decided to give it a go. It wasn’t let down. I really enjoyed reading Kade’s version of exactly the same story. What he was feeling and thinking. I’d really recommend reading this after Hooked on the Game the first in the Sterling shore series.