I think with my choice of Top 5 Best High School Movies I’m going to be giving away my age big time! It was so hard to pick just five to be honest, there is just so many brilliant movies to choice from. But alas I did pick five, let me know what your top five are and what you think of the movies I choice. 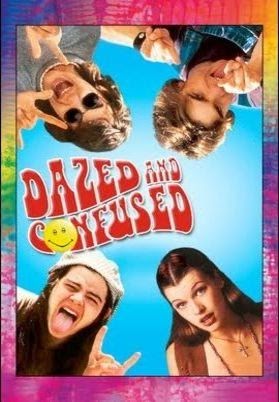 This critically acclaimed cult favorite explores the last day of school – and one wild night – in the lives of high school students in 1976. Complete with bongs and bell bottoms, macrame and mood rings, and featuring classic rock music by Aerosmith, Black Sabbath and KISS. 1976 was a time they’d never forget… if only they could remember…

Ferris Bueller is a clever and tricky fast talker, a legend in his own time. He decides to call out sick from school, feigning illness, to embark on a wild adventure involving his girlfriend, Sloane Peterson, his best friend Cameron Frye, and a Ferrari. From Wrigley Field to the Art Institute of Chicago to a Polish Pride parade, Bueller and friends intend on making the most of their day off. However, Ferris’ sister and the school dean, Ed Rooney, suspect that Ferris is simply pretending to be ill. Both Rooney and Ferris’ sister Jeanie are hot on Ferris’ trail and are determined to catch him and his friends in the act of class-cutting.

Veronica (Winona Ryder) is part of the most popular clique at her high school, but she disapproves of the other girls’ cruel behavior. When Veronica and her new boyfriend, J.D. (Christian Slater), confront clique leader Heather Chandler (Kim Walker) and accidentally poison her, they make it appear a suicide. Soon Veronica realizes that J.D. is intentionally killing students he does not like. She races to stop J.D. while also clashing with the clique’s new leader, Heather Duke (Shannen Doherty). The sleepy little town of Woodsboro just woke up screaming. There’s a killer in their midst who’s seen a few too many scary movies. Suddenly, nobody is safe, as the psychopath stalks victims, taunts them with trivia questions, then rips them to bloody shreds. It could be anybody… Sidney, the quiet high school beauty with an ugly past… Billy, her faithful boyfriend with a frustrated sex life… Tatum, her cute best friend with a answer for everything… Casey, the lovely blonde who knows her thrillers… Geeky Randy, the scary movie fanatic… Stuart, the wild partier… Gale, the overeager TV reporter… even Dewey, the syrupy-sweet police officer. The only hope is to stay one step ahead of this crazed slasher–know your trivia. The clues are there; are you good enought to see them?

Shallow, rich and socially successful Cher (Alicia Silverstone) is at the top of her Beverly Hills high school’s pecking scale. Seeing herself as a matchmaker, Cher first coaxes two teachers into dating each other. Emboldened by her success, she decides to give hopelessly klutzy new student Tai (Brittany Murphy) a makeover. When Tai becomes more popular than she is, Cher realizes that her disapproving ex-stepbrother (Paul Rudd) was right about how misguided she was — and falls for him.