Ah I just saw this was released the other day and I went what how did I miss this?! I haven’t read anything from S.J.Bishop before, but I’ll be picking this one up soon. The cover is amazing also haha 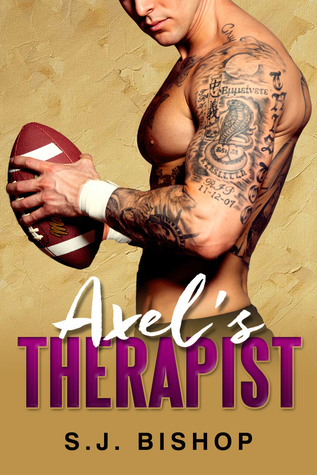 Kaitlyn Wright is a hot twenty-five-year-old who massages naked men for a living. After her father dies and she moves to Denver, she finds herself alone for the first time in her life.

She has a strict rule about not sleeping with the guys she works on, so why is it that when she meets Axel, she can’t stop planning ways to get him into bed.

Axel Cooper is the NFL’s biggest playboy. He’s had every woman in Denver, but that doesn’t stop him from wanting more.

When he meets Kaitlyn, he figures she’s smokin’ hot and would be good in bed. Another notch in his belt. He never expected to fall for her. Especially not with a four-year-old daughter he’s trying to raise alone.

When Axel’s ex shows up to claim their kid, things couldn’t go more wrong. Until Kaitlyn finds out she’s pregnant. Will she tell Axel the truth before it’s too late, or will Axel’s past drive a wedge between them forever?