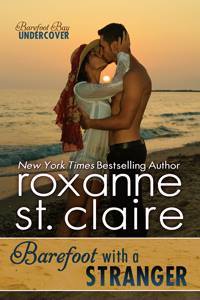 Francesca Rossi might be the youngest in a long line of badass siblings, but this computer whiz would rather hack a database than pack a pistol for the family business in Barefoot Bay.  When an assignment forces her out of her comfort zone and into the field, Chessie decides to amp up the excitement quotient and has her first one night stand with a sexy stranger she’ll never see again.

Former CIA agent Malcolm Harris is fresh out of prison for a crime he didn’t commit, and knows the government is watching his every move, waiting for him to slip up.  But the only mistake he makes is to assume the sexy, sassy woman he seduces on the way to Barefoot Bay is a spy.  He learns too late that the beauty he’s bedded is really his best friend’s sister…and his undercover partner on a risky mission.

Chessie and Mal have to stay one step ahead of the CIA, navigate their way through a perilous country, and fight the insane chemistry that sizzles between them.  It doesn’t take long for this hacker and spy to discover the power of their unplanned partnership…and learn that falling in love might be the riskiest business of all.

First and foremost I love Roxanne St. Claire, Her books are amazing and she has done it again with a bit of suspense. Spies, adventure and romance. It was a page turner and I couldn’t  put it down. Barefoot With A Stranger, is number 2 in the Barefoot Bay Undercover series.

It has Chessie Rossi is a Planner, computer genius and Gabe Rossi’s baby sister. Mal Harris is an Ex-con and a Former CIA spy. He’s also Gabe’s best friend. Right off the bat, I loved this story. The meet-cute for Chessie and Mal was so well written and the chemistry between the two was of the charts.

With this series you really have to read the books in order or you could miss a big part of the story in the other books. I quite liked this about this series. 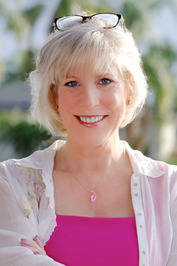 I don’t know about you, but when I check out an author’s bio, it’s usually because I’ve read a book I liked and wondered about the person behind it. Let’s skip the formal bio and I’ll give you the inside scoop on who Roxanne St. Claire really is.

First of all, call me Rocki. Everyone does. Evidently, when my mother brought me home from the hospital I seemed too scrawny and small to pull off “Roxanne” (she’d read Cyrano de Bergerac while pregnant or I would have been Judy) so they called me Rocki.

I grew up in Pittsburgh, PA, the youngest of five (overachievers, every one), and fell in love with words and stories the summer I read Gone With The Wind. That year, for my twelfth birthday, my parents gave me a typewriter (with italic font – it was the coolest thing) and from that day on, I’ve had my fingers on a keyboard, pounding out love stories for fun. My AP English teacher taught me the two most important lessons an aspiring author ever needs: 1) verbs are the key to life and 2) a writer should get a real job. After attending UCLA and graduating with a degree in communications, I tried acting and television broadcasting. Oh, they aren’t real jobs? I learned that the hard way. I changed my last name from Zink to St. Claire because a news producer told me Roxanne Zink had too many harsh consonants for a TV personality – apparently Katie Couric didn’t get the memo. I got some fun gigs, and even met Tom Hanks when I did a guest appearance on Bosom Buddies. I liked on camera work, but wasn’t too crazy about starvation, so I moved to Boston and got that “real” job. In fact, I placed my foot on the bottom rung of the corporate ladder and didn’t look down until I’d climbed all the way up to the level of Senior Vice President at the world’s largest public relations firm. On the way up, I met the man of my dreams in an elevator. Two years later – in the same elevator! – he asked me to marry him and I wisely said yes.

I stayed in PR, moved to Miami, had a few babies, lost my home in a hurricane, built another one a few hours north and all along, I kept writing my “stories” for fun. One night, I read a particularly fabulous romance novel that changed my life for good. That night, I decided I wanted to make someone else feel as whole and happy as that author made me feel. (Everyone asks! It was Nobody’s Baby But Mine by Susan Elizabeth Phillips.) With two small children and one big “real” job, writing my first novel wasn’t easy, but I did finish a manuscript that managed to get the attention of a literary agent. She told me to do one thing and one thing fast: write another book. (The first one is usually a “learner” book, honestly.) That second manuscript sold to Simon & Schuster’s Pocket Books and was released in 2003 as Tropical Getaway. Since then, I’ve written almost thirty more, in multiple genres, and long ago replaced the corporate ladder with the rollercoaster of publishing as a full-time novelist. Finally, writing is my real job.

Today, I live in a small beach community in Florida with my husband and two dogs. Our kids are off to college and law school, which means my nest is empty! I spend my time writing, working with the kids at my church, enjoying my husband’s gourmet cooking, and hanging with my many writer friends. Of course, I love to read. I’m still crazy about words and stories and hope to write at least a hundred books in my lifetime. And, yes, verbs are the key to life. My favorites? Love. Work. Believe. 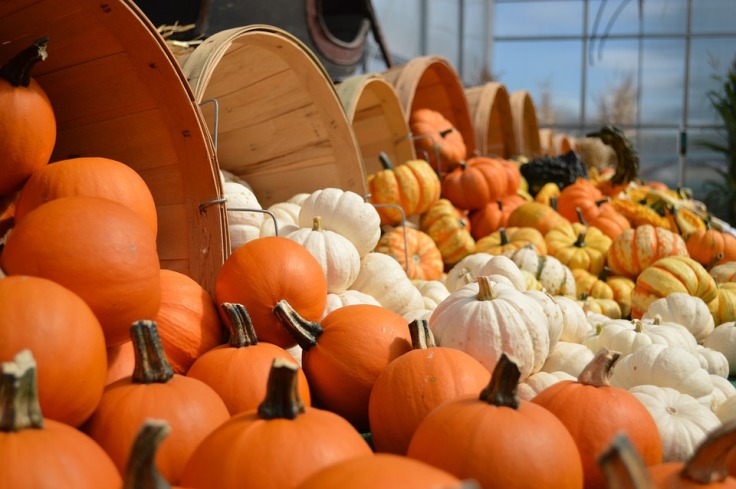 One thought on “Barefoot with a Stranger (Barefoot Bay Undercover #2) by Roxanne St. Claire”