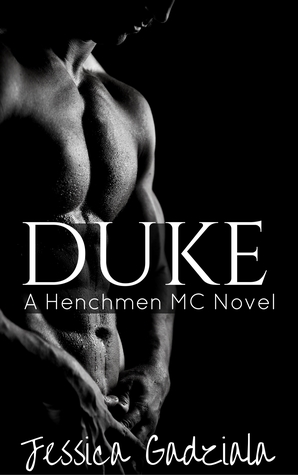 The relative peace we have known for years was gone in one violent act. Then, among the ever-present and increasingly bloody unknown threat, I met her.

But when passions ignite, complicating an already impossible situation, I am left to wonder if there is a way to overcome the dark and twisted secrets of my past that would allow me to have any kind of future with her.

I was just a normal girl. I swear. One moment, I was just living my usual boring life. The next, I found myself in the middle of some kind of underground war between an outlaw biker gang and some faceless enemy.

But Duke had secrets.
And when they came into the light, I realized they were the kind that I wasn’t sure I could live with… 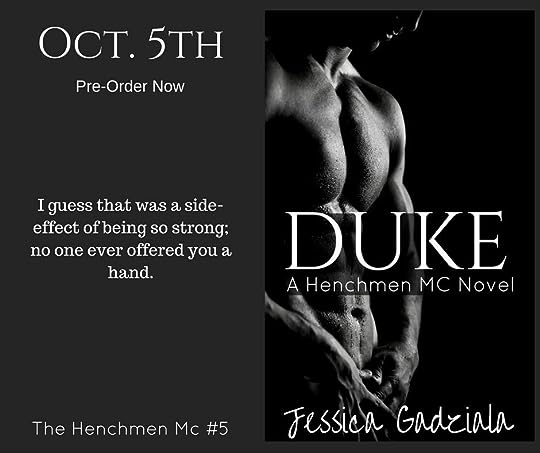 I was dying for Duke’s story and wow did it not disappoint. I actually don’t know if I can say anything else because this book blew me away and it gutted me to no end! I loved the shake up of it all. Fair play to Jess for taking a chance and not worrying about what people may think of doing something so big within a series. Again I feel I’ve said to much.

Read this book, Although you don’t have to, I’d recommend reading the first books within inn this series before you read this book.

She is a big believer in snark, strong secondary characters, and bada$$ women.

She is very active on Goodreads, Facebook, as well as her personal groups on those sites. Join in. She’s friendly.

3 thoughts on “Duke (The Henchmen MC, #5) by Jessica Gadziala”