We haven’t got long to wait for Un-Shattering Lucy for the 4th and final book in the Lucy and Harris Series. I’ve had mixed feelings with the first two in the series but Rocking Kin, she was right back on track. You can check out my reviews here, on goodreads or below. 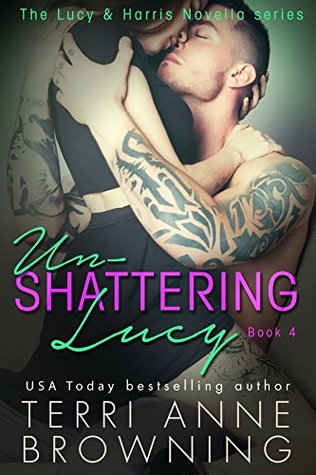 That was how Lucy Thornton felt in the aftermath of her breakup with Harris Cutter. Her family thought the best thing for her to do was to put the length of the country between her and Harris.

The second Harris sets eyes on Lucy again, he knows she hasn’t moved on any more than he has. Realizing that he screwed up, he sets out to prove that they belong together. But the road to un-shattering Lucy is longer and darker than he ever could have imagined. 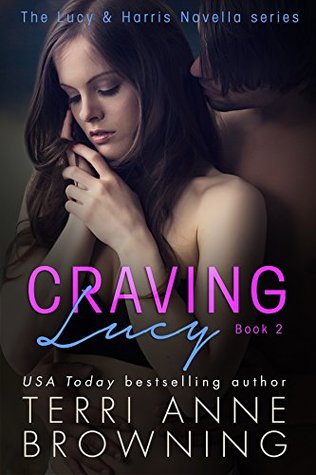 One kiss can change everything…

I wished I’d known that before I’d kissed my best friend.

Things are different now. We can’t go back. I’m not even sure I want to go back. I guess the question is….

Lucy & Harris’s romance continue in Craving Lucy. Harris is determined to wait to be with Lucy until she is 18. But its becoming harder and harder for him to resist.

Reading Catching Lucy you know that there are problematic people in Harris’ life that want to see him fail. It was a little predicable and I could see it coming a mile off.

As I’ve said before I love Terri and her books rock, but unfortunately this wasn’t my favorite in the series. In saying that I will continue with the series as I do want to know what happens with them. 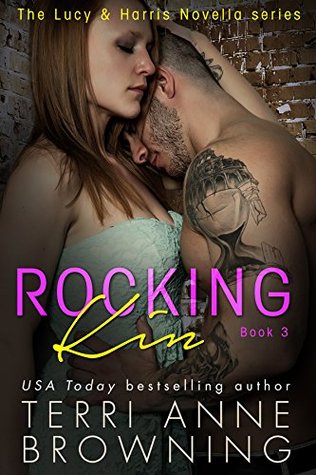 Rocking Kin is the third book in The Lucy & Harris Novella Series.

Ah another great installment. I just love Terri Anne Browning and her rocker stories.  I just want more and more

The story centers around Kin and Jace who have a history together from their younger days. A heartbreaking event leaves Kin to live with her father and the ugly stepmother, in Malibu. I love a female lead like Kin, she’s as strong as they come and it was so nice reading her story. I know this novella was focused on Jace and Kin, but I cannot wait to get the rest of Lucy and Harris’s story. My heart shattered for them both!

Terri Anne Browning is the USA TODAY bestselling author of The Rocker…Series. She started writing her own novellas at the age of sixteen, forcing her sister to be her one woman fan club. Now she has a few more readers and a lot more passion for writing. Being dyslexic, she never thought a career in writing would be possible, yet she has been on best selling lists multiple times since 2013. Reese: A Safe Haven Novella was her first Indie published book. The Rocker Who Holds Me changed the tables and kicked off The Rocker… series featuring the sinfully delicious members of Demon’s Wings. The Rocker… Series has since expanded to OtherWorld with Axton Cage and his band members. Other books by Terri Anne include the Angel’s Halo MC Series as well as The Lucy & Harris Novella Series. Terri Anne lives in Virginia with her husband, their three demons—err, children–and a loveable Olde English Bulldog named Link.

One thought on “Lucy & Harris Series by Terri Anne Browning”