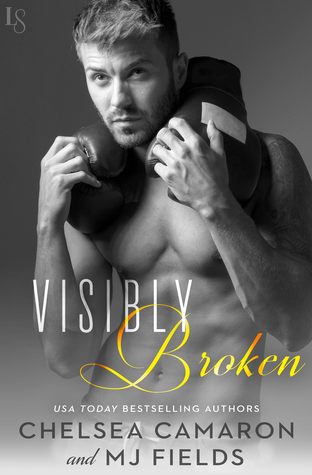 In a powerful, smoldering novel from the bestselling authors of the Caldwell Brothers series (“Bad boy heroes to die for!”—Tracy Wolff), two tortured souls team up to overcome the past, finding the courage to heal . . . and to love.

Jason “Cobra” Stanley was born to fight. With a father like his, he had to toughen up just to survive. Now Cobra tries to take out all of his frustration, all of his anger, and all of his pain in the MMA cage. But after he receives one too many hits to the head during a match with Jagger Caldwell, the cycle of violence comes to a screeching halt. Cobra wakes up in the hospital, under the care of a nurse whose blond hair shines like a halo—and whose pure heart touches him on the deepest level.

Lorraine Bosch is a fighter too. Having escaped from her own controlling father, she prides herself on remaining professional, despite the chaos of the ER. But Cobra is the ultimate distraction. Lorraine knows she should run away screaming from his rippling muscles and shattered psyche. And yet how can she deny this broken man a second chance—especially since she knows exactly what he’s been through? Lorraine’s used to playing guardian angel. Now it’s her turn to find heaven in Cobra’s arms.

“I’m falling in love with a man who calls me Angel and himself a monster.”

Wow just wow, this was so intensely fecked up on so many levels! But I loved it and couldn’t get enough. I read it nearly in one reading and I would highly recommend it if your looking for a good dark read.

He calls me his Angel,
but I know better.
I know he’s mine.