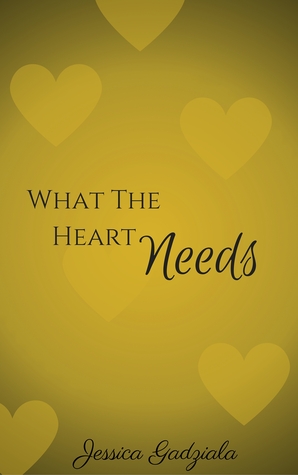 What The Heart Needs (Stars Landing #1) by Jessica Gadziala

HANNAH CLARY left her comfortable life in her small hometown to chase the corporate ladder. After three years, a string of odd jobs and a long stint on unemployment, she gets the opportunity to work at one of the city’s largest companies led by the mysterious and demanding ELLIOTT MICHAELS.

She spends long hours catering to every need of her rude, condescending, and distant new boss finding that, despite her better judgment, she feels a growing attraction to him. Just as she is contemplating all the possible reasons an affair with him would be a terrible idea, mysterious letters start showing up threatening her to stay away from him.

As the threats start permeating every aspect of her life, Hannah is thrown into a dangerous situation and is faced with a difficult decision: run back to her hometown and into the arms of her high school sweetheart Sam Flynn, or stay with the smoldering Elliott Michaels despite the mysterious tormentor getting ever closer.

I picked this up as I’ve read all Jessica’s other series and thought I needed to get into this series.
Although I really enjoyed this story, it did’t give me as much joy as her Henchmen of Savage series did. I did like Elliott, however Hannah’s “innocence” annoyed me a little!

We’re introduced to loads of future Characters from this series and I loved this. It made me what to dive straight into the second book in the series. This was a good start to the series and i feel they will get better as the series goes on.

2 thoughts on “Review: What The Heart Needs (Stars Landing #1) by Jessica Gadziala”