Grin and Beard It (Winston Brothers #2) by Penny Reid

Sienna Diaz is everyone’s favorite “fat” funny lady. The movie studio executives can’t explain it, but her films are out-grossing all the fit and trim headliners and Hollywood’s most beautiful elite. The simple truth is, everyone loves plus-sized Sienna.

But she has a problem, she can’t read maps and her sense of direction is almost as bad as her comedic timing is stellar. Therefore, when Sienna’s latest starring role takes her to the Great Smoky Mountains National Park she finds herself continually lost while trying to navigate the backroads of Green Valley, Tennessee. Much to her consternation, Sienna’s most frequent savior is a ridiculously handsome, charming, and cheeky Park Ranger by the name of Jethro Winston.

Sienna is accustomed to high levels of man-handsome, so it’s not Jethro’s chiseled features or his perfect physique that make Sienna stutter. It’s his southern charm. And gentlemanly manners. And habit of looking at her too long and too often.

Sienna has successfully navigated the labyrinth of Hollywood heart-throbs. But can she traverse the tenuous trails of Tennessee without losing her head? Or worse, her heart?

Jethro and Sienna’s relationship is sweet, romantic and fun. It was a sweet, slow-burning romance. I also loved hearing about Jethro’s family it’s always very entertaining. We got to hear more about Billy. I’m dying for his story, although I think Cletus’ story is next and to be honest he really stole the show in this book. He was so odd, yet so funny.

She may have been named Sienna instead of Sarah, and was apparently a celebrity of huge proportions, but she was still dimples and eyelashes to me. 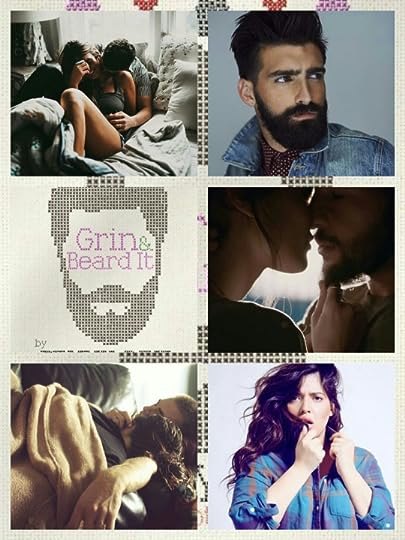 Penny Reid is the USA Today Best Selling Author of the Winston Brothers and Knitting in the City series. When she’s not immersed in penning smart romances, Penny works in the biotech industry as a researcher. She’s also a full time mom to three diminutive adults, wife, daughter, knitter, crocheter, sewer, general crafter, and thought ninja.

One thought on “Review: Grin and Beard It (Winston Brothers #2) by Penny Reid”