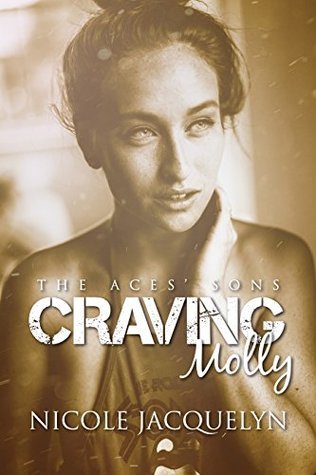 Will Hawthorne has been running since the day his baby brother was killed.
He takes the jobs no one else wants, pitches in when he’s needed and never complains, all in an effort to win back the trust of his brothers at the Aces and Eights Motorcycle Club.
Then he catches sight of Molly Duncan across a crowded bar.
He’d grown up with her, known her when she had lopsided pigtails and buck teeth, and had watched uninterested as she’d caught the eye of their high school football star.
She’d also been his nurse on the worst night of his life.
He wants her and he gets her… and it’s better than he could have ever imagined.
But Molly isn’t interested in his life at the MC. She’s got her own life as a nurse and a single mom to her little girl.
As Molly and Will grow closer, Will is pulled in two different directions.
Life with the Aces or life with Molly and her daughter.
When he leaves Molly without a word, his decision is clear.
He knows immediately that it was the wrong one.
Unfortunately for Will, a strong woman like Molly doesn’t forgive easily.
4 ACES AWESOMENESS Stars! Read 03/02/16
I am not quite sure how she keeps doing it. I keep waiting for Nicole Jacquelyn to write something that is predictable and mediocre,  but it hasn’t happened yet. I loved the characters. Rebel stole my heart from the beginning.
I can’t wait to see what Nicole comes up with next